Based on the conversation from the Major Plot Lines Thread on Gnolls here’s my version of Athasian Gnolls.In many settings Gnolls are agents of destruction, on Athas gnolls take that to the next level and embrace defiling and mutation.

Chryn’s Cackle, an Athasian gnoll cackle
Gnolls thrive on Athas. They are suited to the hot desert environment, they relish destruction, and have no qualms with eating carrion. Gnolls speak of the Beast of Butchery as their lord, a mythical god-like being. To aid them in destruction and ruin that their lord commands the Gnolls of the Tablelands have embraced the practice of defiling.
In order to embody their self-assigned role as agents of destruction Gnolls look to enhance and mutate themselves. One way they do this is to dwell in areas blasted by defiling magic or near the Pristine Tower. Many Gnoll cackle’s see mutation as a sign of their lords’ blessing, which they seek to spread in any way possible.
One such cackle of Gnolls is called Chryn’s Cackle, ruled by a brutish mutated defiler known as Chryn. Chryn not only rules his own cackle, but those of his apprentices as well. Together known as Chryn’s Horde, Chyrn sends out the smaller cackles far and wide on various errands of destruction and butchery.
Chryn has taken his cackle on several pilgrimages near the Pristine Tower and has reaped the blessing of Beast of Butchery in the form of various mutations for himself and his cackle. One common mutation is that all those of his primary cackle and many of his horde are mostly hairless. Besides the transmission of disease the gnolls can often spread mutation with their bites as well.

I based them on this picture: 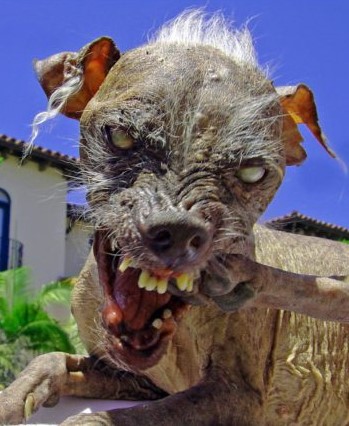 That is so cliché though, maybe they went the other way and decided to become more pastoral and care for the land and it’s inhabitants… sheep dog, St. Bernard style. Maybe they don’t use magic or psionics at all, since they are a “.new race”.

Maybe they are akin to the way Firbolgs are portrayed in other settings.

As far as I know there aren’t any creatures that really embrace defiling or the mutation that’s part of Dark Sun lore, so I don’t see how it’s cliche. Gnolls being destructive is part of their backstory, but in other worlds it’s in service to Yeenoghu, here it’s defiling and mutation, not just destruction.

In Dark Sun all of the known races take an aspect of the race and turn it up, not do the opposite. Elves are freedom loving in most worlds, so that is amplified here, dwarves are focused crafters so that aspect is amplified. Things aren’t just turned upside down and made the opposite, so I don’t see why Gnolls would become a more docile race.

Gnolls being similar to their usual demon serving destroyer servants that are super evil I think is more what was being critiqued. Don’t get me wrong, there’s nothing wrong with that and it can work for Dark Sun. But I have seen a divide of sorts form around gnolls. As the editions have rolled on the depiction of gnolls as one of the most overtly evil of the races has been doubled down on. Some folks enjoy this as a way to have a particularly inhuman foe to slay without remorse. Others have criticized this take and wanting to see more done with them.

Now if I were to go with the Evil with a capital E gnolls, I would honestly base them around el chupacabra. Since the depiction is often of a hairless or mangey canine monster, that goes rather well with a race of maddened mutants. Perhaps the gnolls were yet another example of a SK creating a new race, much like Half Giants and Mul. Heck, they could’ve come from a lost city state. You could even tie in the vampiric qualities assosciated with chupacabra as part of some defiler nonsense gnolls have going on now.

Or if you go with a race no more evil than Thri-Kreen or Elves, they offer an exotic rival to both those races. A nomadic race that populates the Hinterlands or Crimson Savannah that are famed trackers and place a great deal of ritual importance in the eating of the dead and turning the bones of the slain into tools and weapons. This gets creepy though because that includes other sapient races. I could see them specializing in psionically attuning to the remains of the dead or having special psionic druids who handle that for the tribe.

I like the second idea you gave. Perhaps there can be some of both though, perhaps there are even sub races of Gnolls. Some are evil, some are neutral more attuned to the land, nomadic hunters, etc. Celts ate their dead at times, some say that was an evil practice, perhaps it was just a survival aspect, not letting good meat go to waste… who knows, the real Druids never wrote anything down.

My biggest worry when adding gnolls to Dark Sun is making them feel substantially different from Thri-Kreen. But I think placing a great deal more ritualism around gnoll cannibalism as well as making them the go to guys for psionic and/or magic bone weapons and tools goes a long way towards that. Halflings and Kreen may be cannibals, but that’s more of a view of “all meat is food” rather than as a means of honoring the dead and making totems of their remains.

This also gives me some ideas of what Athasian ghouls would be like, when that cannibalism goes too far and the ghoul eats to gain the strength of its victims rather than sustenance.

“This is your face on Dark Sun. Any questions?”

Somehow this conversation lead me to the image of like Athasian gnolls pigging out on the remains of not just the dead, but the undead as well.

Or a vulture variant of aarakocra that can eat damn near anything. Dead, undead, or otherwise

The best argument for gnolls on Athas (apart from their 4E debut) is that Dark Sun lacks any “dog men” type monsters. I wrote some thoughts about Athasian gnolls previously, here are some more thoughts to set them apart from the standard D&D gnoll.

Gnolls are naturally resistant to psionic powers, including the mindbending type. All gnolls have the closed mind feat, and consequently are never psions and can never learn psionic powers. This is one of the reasons why gnolls make bad slaves (explained in my thoughts about gnolls), but also good guards.

Laziness is one of the chief characteristics of gnolls. If they are “in the wild”, gnolls will actively hunt, but if there is an option for a less strenuous role like taskmaster over slaves, they always take that option.

Gnolls are among the “civilized” of the New Races, meaning that they can get along with others in the villages, towns and cities of Athas. Part of the reason for this is that gnolls occupy a particular niche, and do not compete with the freeman craftsmen or professionals. Nor are there any gnoll noblemen in the Tyr region, or any gnoll owned merchant houses.

Frankly, if they’re desert dog men, they should be either based on dingoes, basenji, or chihuahuas. No points for guessing which one I’d most like to see…

Dingo for sure. Australian here, mate. 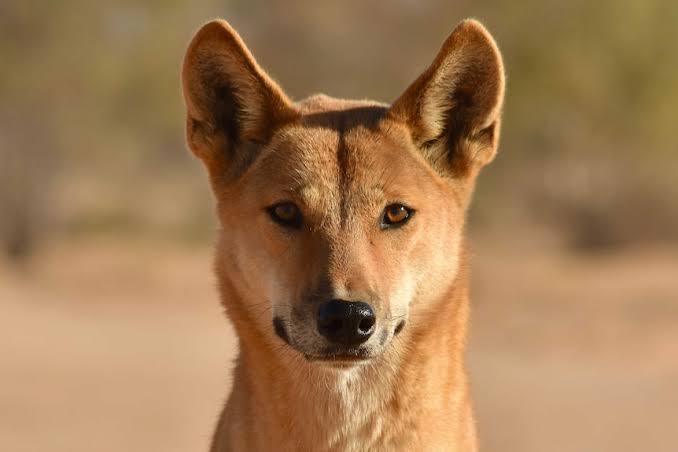 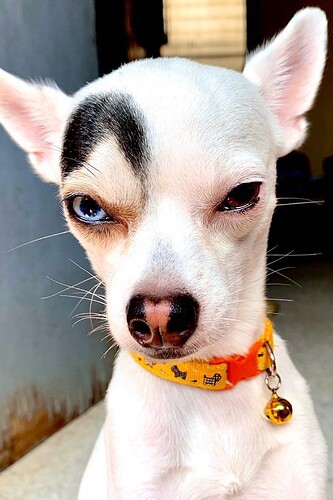 I’m a huge fan of gnolls and use them lots, though I remove the evil demon corrupted nature of them. When I ran 4e Dark Sun I had gnolls as a fairly prominent part of it. Each tribe had in effect a tribal nature spirit they followed and much like druids defended. As a result they were fairly hostile to outsiders and particularly hated defilers but they weren’t evil and could be surprisingly friendly to those they realised weren’t enemies.

Rather than fight over it, let’s just pronounce gnoll with the g being enunciated and call it a day with “Dark Sun Gnolls Are Different”.

We’ll settle this with a pageant called DarkCrufts…

There are some really cool ideas on how to make gnolls more Athasian on this thread. Thanks for sharing. Thing is, I am typically leery of introducing more sentient races into the setting. This is in large part due to me thinking “the greater the number and variety of life the less blasted and apocalyptic the setting feels to me.” Still, I will grant that is more of a personal thing.

That’s definitely partly how I feel about it. But good ideas are still good ideas, even if i don’t love the way they’re used.

I know the feeling, when introducing other sapient races I lean towards them being from other parts of Athas that hint at how much bigger the world is. That or they are remnants/mutations of races we already know about. If I used gnolls I would probably have them come from the Crimson Savannah or the Forgotten North as foreigners, much like the Tohr-Kreen.