There is definitely Limestone, rock salt, etc around, but they are rarely a bedrock material, usually that is a layer above the bedrock. Good ideas for layers though!

Did a little study on wikipedia about Basalt and there seems to be many different types of Basalt, since Athas is iron poor I have to assume that the basalt on Athas that is the bedrock is low in iron content. Alkali Basalt or Boninite seems like the best fit for Athas.

Here is a quote of all the different types of Basalt from Wikipedia:
"

I don’t really know anything about geology, so I have little input to provide on this topic. However, I would like to mention one thing that may be relevant: the planet size.

We have already discussed that Athas could be Mars sized, but it has Earth gravity. This means that the composition of Athas nucleus should be a lot more dense than the Earth one. Would this impact on the geological composition of the mantle? 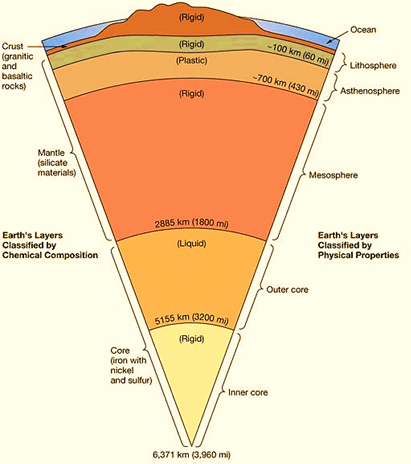 Posting this pic as it may prove useful to the conversation

You are essentially compressing all of that material into an even smaller space or swapping it out with different matter that is denser.

Earth is already the densest object in our solar system. (Yes, denser than the Sun and denser than all the other planets) Where density is measured by mass divided by volume.

Here is an interesting article on density of planets. 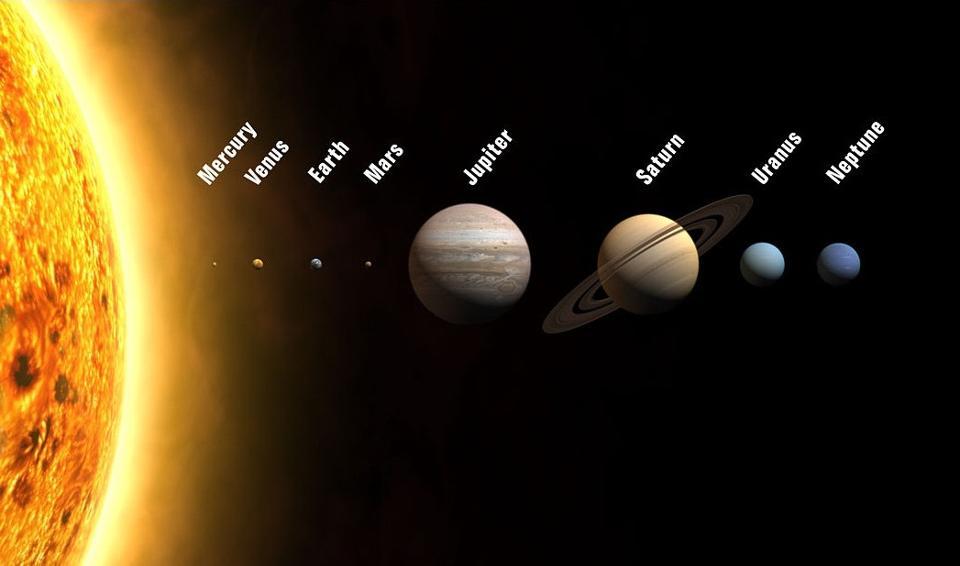 This Is Why Earth, Surprisingly, Is The Densest Object In Our Solar System

We're not made out of the densest elements, but we're the densest planet nonetheless. Here's why.

If you want the physics to work and seem realistic it’s easiest to just say that Athas is Earth sized. Earth volume. Earth gravity. Leave the iron core and the mantle alone and just muck with the crust of the planet a bit. It’s only a few km thick anyway. That’s where players are going to spend most of their time.

So all those types of basalt would imply that digging underneath the silt could give us more iron?

And maybe those iron mines at Tyr are an indication of relatively the same sort of formation process as with the Columbia River Plateau as mentioned in your quoted text.
It would also explain a bit more how Tyr somewhere was said to be a swamp back in the day and the current buildings are on top of loads of pillars, or at least partially buttressed by such structure reinforcements. Hence, under Tyr (novel stuff canon) would be tholeiitic basalt and musty old swampy puddle left over mudrock maybe? [just freely associating whatever comes to mind here

I have to wonder from those types of basalt, if Athas is has lots of aluminum, but the process of refining it has not been discovered yet. Aluminum does not appear as a metal when mined, it is bauxite.

We don’t know if it has Earth like gravity, because the residents of Athas would not know the difference in gravity, since they were born there and lived their entire lives within the Athas gravity, it could very well be low grav, but it functions like normal grav, since the residents are acclimated to it.

Sure the rules never specify gravity on Athas. But all rules function as though under normal gravity.

And Athasians would not know what “normal gravity” is But they would notice if it changed.

how can something be “low gravity” but functions like “normal gravity”?

I would think if is really is “low gravity” you would the adjust the other rules to compensate. But that’s just me. I tell my players “it’s Earth sized”. “A day there equals a day here” etc etc.

Then the player that’s a physics major can’t ask questions to have to tweak rules.

I have some problems to reconcile the gravity problem with the information available.

I think the less problematic solution is to have an Athas with Earth gravity. The explanation could be that they are both of a similar size, or that Athas is denser that Earth. As we don’t have a lot of references regarding the planet size, each DM can choose what better fits their campaign.

This is why I like the extra oxygen explanation from June above as an alternative to lower gravity.

You could make lower gravity “work” (lower tension on bows needed to achieve same range, just generally weaker people throughout, but it makes taller people and creatures possible). There is the risk of a physics expert taking advantage of you, but that would work in a regular game.

Also, falling damage is one area which would be affected and would be hard to explain without having comparable gravity.

Some pertinent information to this discussion was posted 2 days ago on the DS Reddit by user Charlie24601 - it inspired one of my replies earlier in the discussion here, but check out his post there as it might give info on why some sorts of things are like they are, geology-and geographic features-wise: “Athas is relatively speaking still a very young planet” (can’t judge it on it’s physical science merits, but story wise for me it would check out and provide enough of an explanation to tie up all these loose ends.) What say you @Jason_Goff ?

This is another good question worth exploring. The age of Athas. Earth is 4.54B years old with the first dinosaurs showing up some 250M years prior, during the Triassic period.

The continents were all connected of a single land mass. The climate was hot and dry, allowing for the land to be covered with large deserts. No polar ice caps. Lots of volcanoes. Atmosphere had greater levels of CO2. All kinds of critters roamed the Earth some significantly larger than a human. (Surprisingly the gravity of the Earth was pretty much the same

I think it’s reasonable to say Athas has a similar history and is around 4 to 4.5 B years old. And it has and will go through similar changes.

I find the gravity change the hardest to reconcile. For all the reasons listed and more. If you want to keep how gravity operates in your game.

Ultimately these games break the rules of physics at some point. It just depend on where you want them to break. And if you want a game that is still “sciencey” or not. Even if I remove magic and psionics from my game I still have an Athas that “works”.

The Earth is a great analogue. No need to go to extremes of mucking with too many factors. you can even reach back into its history to find conditions that supported life of giant sized creatures. If you want some semblance of science Instead of adjusting the factors that would impact the laws of psychics just roll back the Earth’s clock instead and see if you find it there.

At the end of the day, to each their own. Put in your game whatever you want. As the saying goes “Your world. Your choice”

The sun is the easiest way to figure out the age of the planet. But since the Sun has been tampered with magically, it is really hard to figure out how old Athas is. I have no problems with DMs making out their own cosmology though, artistic license is fine in my book.

The dark sun is messed so it would probably be difficult to determine this.

I remember being curious to know if enough time had passed in the history of Athas for the moons to become tidally locked or not. It turns out the sources I found had determined our own moon was tidally locked anywhere between 16 M to 100 M years into it it’s 4.5B history. If you allow for a similar age of Athas, I think its fair to say the moons are tidally locked.

The moons’ impact on Athas is another aspect to consider for geology.

With each full moon there would be a rise of the tides of the sea of silt. And even greater when they are conjunct. Especially during both new moons.

There’s also the Lava Gorge to consider. See page 82 of revised DS and Mind Lords of the last sea pg 9. this is a unique geological feature that the moons could pull at and have lava levels go up and down.

Could those tidal effects also influence water sources like oases or underground water?

That could explain nice irregular bubbling up effects for example.

Another thing I read over on reddit was that the wavelength of the sun would be reflected in the foliage / plants. Basically since the sun is the color it is it is of a certain wavelength which is quite low energy and necessitates plants being black (having to absorb almost all wavelengths of energy).

If this would be the case, what would then the effect be on sediments going back in time. I.e. you would have different plants in older layers.

The moons are tidally locked yes, but like Mars one is further out. There was a post about this earlier. I will try to look for the link.

I’ve posted before on the topic of moons. See also: 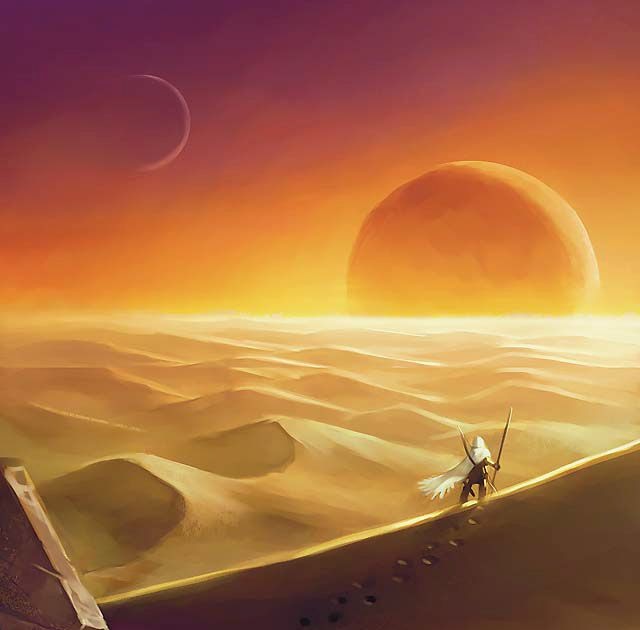 Cycles of the Moons

I'd like to pull some info together to help flesh out the cycles of the moons. For those that are scientifically inclined and for simplicity...

One moon would have to be further out to not collide or get tossed out and thus have stable orbits. Plus all the pictures indicate one closer than the other.

Agantyr from the Merchant Calendar program mentioned this to make sure they had stable orbits. Depending on what your synodic periods are will determine the sidereal period and thus the distance per Kepler’s third law.

I guess the real question here is how the moons may impact geology on Athas.

Probably the silt will have slight tides but not really noticeable, a few inches, maybe a foot at high “tide”. This would be due to the water table that is within the sand and silt