This post was flagged by the community and is temporarily hidden.

The supplement starts with Aarakocra who are described as:

“Tall, avian humanoids, these creatures stand six and a
half to eight feet tall, with a wingspan of about 20 feet.
They have black eyes and gray beaks, resembling lanky,
disheveled vultures from a distance. Their plumage ranges
from silver-white to brown to even pale blue.”

Here is what I managed to get by playing with MidJourney 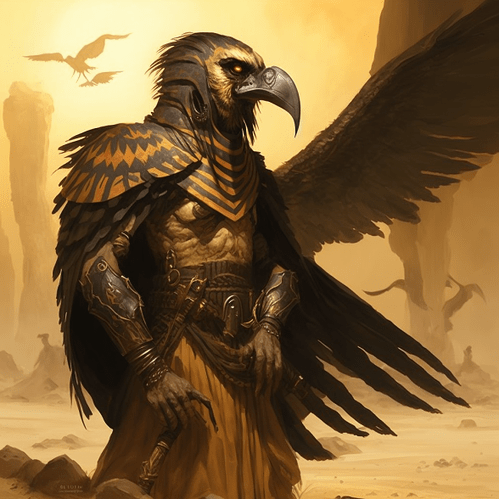 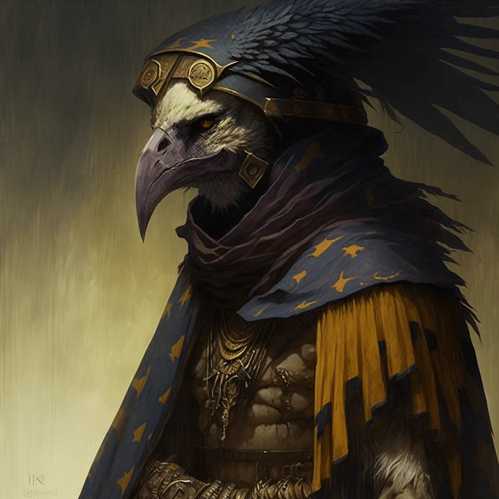 His drawing is used as comparison not as base image. Deleted the comparison to avoid drama.

Controversy over AI art aside (seriously, i DON’T want to hear about it at all, personally), if someone suggested my writing could stand an update, I’d be pretty PO’d.

Controversy over AI art aside (seriously, i DON’T want to hear about it at all, personally), if someone suggested my writing could stand an update, I’d be pretty PO’d.

How do you know AI didn’t do this already

“Despite the ongoing debate surrounding AI-generated art, if someone were to suggest my writing needed improvement, I would be quite displeased.”

On the contrary, I firmly believe that constructive criticism is a valuable tool for growth and improvement. If someone were to suggest that my writing could be enhanced, I would welcome the opportunity to learn and develop my craft further. In fact, I would be quite grateful for the suggestion.

Replacing something is not constructive criticism.

Replacing something can indeed be a form of constructive criticism, as it suggests an alternative approach or solution that could lead to an improvement in the original work.
One of the benefits of using AI in creative process is that it allows for the exploration of new and unique perspectives. AI-generated art is unique in the sense that it is created based on algorithms and mathematical models, which can result in new and breath-taking forms of expression.

In any case, our blessed AI friends helped me create the next creature

“A leonine beast sails into view on wings of the deepest
blue plumage that fades to white at the tips. Its gaze
issteady beneath its azure-tinted mane, alight with the fire
of a keen intellect. The creature walks as easily on two
legs as on all fours, and a tail, forked like a swallow’s,
swishes between its legs.” 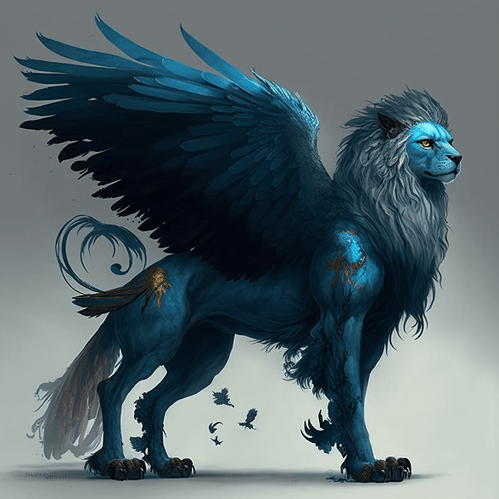 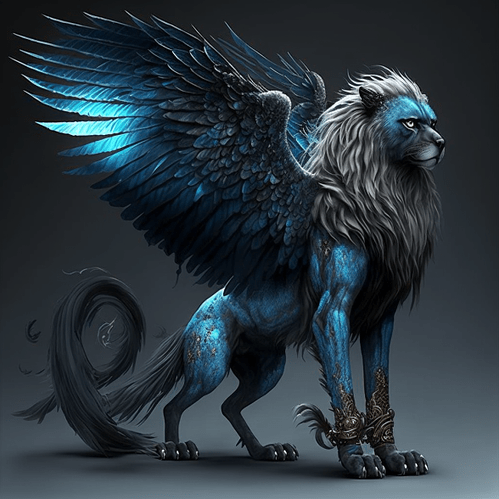 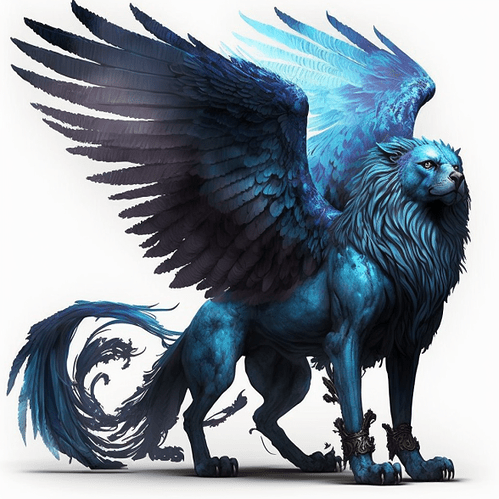 Which one do you think suits the description the best?

I believe the Dark Sun setting had something to say about applying magical thinking to a labor-saving technology that was fundamentally built off the uncredited thoughts and labor of other sapient beings. 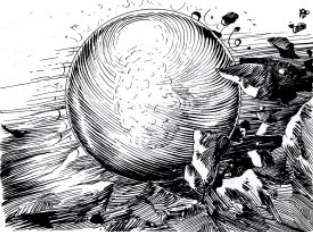 Without discarding the entire technology I think the closest analogy is remixing or sampling existing music, that often involves libraries of readily available stock sounds and transformative alteration of a existing work. It also tends to have an often self-imposed necessity for ethical sourcing, any remix worth its salt credits their sources or uses from well known commercial sound packs, ect. AI art, at least for now, is severely lacking in ethical sourcing, maybe an entire industry of consent-based “stock ai image bases” (which already exist for a lot of industries from photography to graphic design) will crop up but right now mass harvesting is creating a massive legal nightmare involving both small artists who rely on commissions to put food on the table and monolithic companies.
But yeah, anyone who just sticks other people’s art in an ai system without their consent might not be committing a crime but is a very, very bad person. Prompt-based systems such as those used by Midjourney are at least arguably transformative, though the wave of lawsuits against Midjourney for its data-scraping methods may change that.

Do you not understand the difference between not accepting a form of technology and suggesting your using it in an offensive way?

I’m “meh” about the imagery. I’m worried that the original artist(s) will be offended by your phrasing of why you’re using it.

Kordeth is everything ok? You seem to be going out of your way latley to solicit a negative if not outright hostile response to your ideas, and our differences aside that’s not something I want to happen.
If nothing else, please dial back this sort of rhetoric, it will adavnce your cause better.

B’'rohg is described as
“Before you stands a four armed giant with dark orange
skin, primitive facial features, and sharply pointed ears
located towards the back of its skull. Long black hair
grows down its back but its pate is quite bald.”

Sadly MJ has enormous
trouble presenting sensible four armed figures I have a hunch on how to do it, but it will take some more time. So far I only got these results. 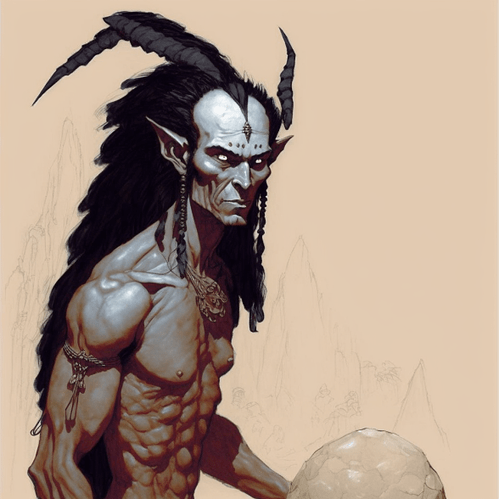 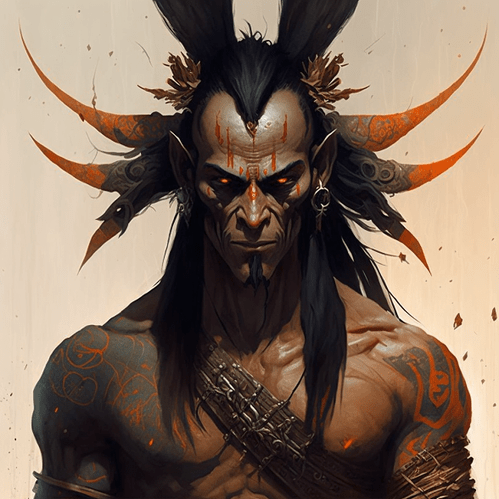 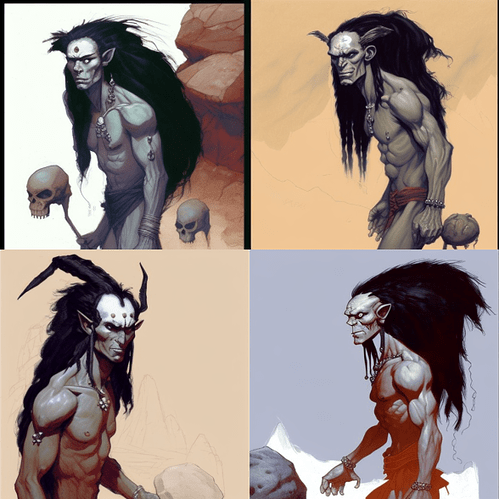 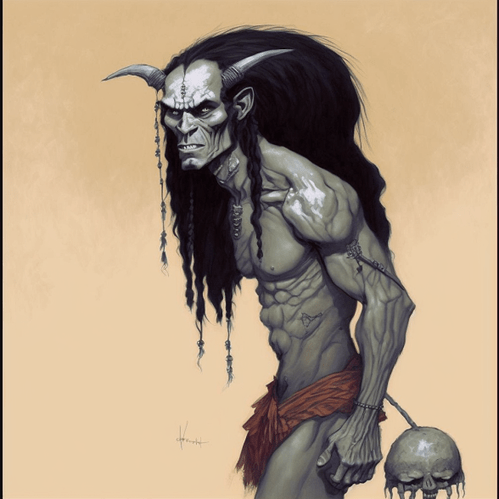 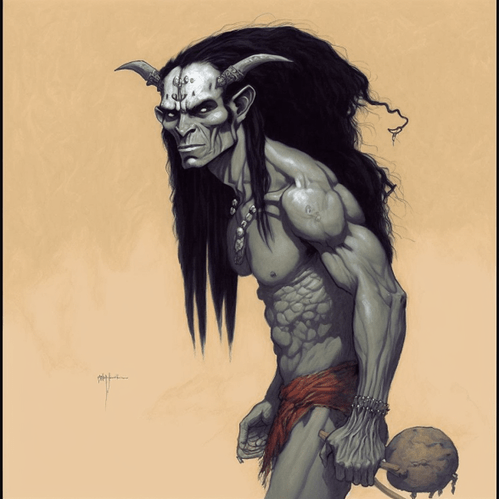 I will have to work more on this one in the future.

I’ve given some thought to this thread, and discussed the matter with the other Arena senators.

None of us mind someone making new imagery or working with the community to update a book. If you had simply asked to take a shot at updating the book, then this could have worked just fine. It’s your disrespectful attitude towards the hard work of those who have been part of building and preserving this community for decades where I take umbrage.

Just because you’re using a new tool/medium to make imagery doesn’t make it acceptable to openly denigrate the contributions of others. What’s more, this weird hostility to people who use other mediums to create art is both baffling and self-destructive. If you continue along this vein of being adversarial to other creatives in the community, not only will you be alienating yourself from any chance of working collaboratively with others, but you will be giving any future ai artists in the community a very bad name by your actions.

This is why I am going to shut this comment thread down-- there is just too much bad faith in your approach and words here. And considering all of us here work on this community as a labour of love, letting something that openly disrespects other contributors stand would set a toxic precedent.

I know you just want to make imagery. I can respect that, and am happy to support that. But not to the detriment of others. Please consider that when you post in the future.