As long as a setting doesn’t sound like it’s glorifying slavery.

It’s clear that was never the case in any of the DS products ever printed. Yet we are told that the DS setting is problematic, including the product that deals with former slaves directly, slave tribes.

I see people going over territory already mentioned in the article linked in the OP. Don’t assume that critics of DS know much about the setting or are arguing in good faith.

It’s clear that was never the case in any of the DS products ever printed.

Devil’s Advocate: Is it? Clear to whom, how?

The back of Slave Tribes: https://drive.google.com/file/d/1jnNe0pD_JCuT67aC-SpOpVPBrlNGwAH-/view?usp=sharing

Noting in that blurb indicates to the uninitiated that they’re EXCAPED slave tribes; the closest it gets is “…when their characters escape the clutches of the sorcerer-kings.” The back cover does make it sound glorious though.

A minimum level of fairness would be to assume that someone having this argument has at least looked at the front and back covers of a book (I’m sure lots of people haven’t, but I wasn’t in charge of those folks - sorry). Slave Tribes doesn’t even meet our minimum bar for defending itself.

They could be tribes of soldier slaves like from Al-Qadim.

Even when I make conversion notes for myself, I write ex-slave tribe, not slave tribe.

It does feel like Dark Sun has tried to subvert the bioessentialism problem in a lot of generic fantasy, even if it stumbled and fell on its face. Beyond the obvious ‘wacky takes on generic fantasy races’ one of the main revelations of the world is that nearly everyone or everything is a mutant hobbit and that they once ruled the world as biotech-abusing ethnocentric jerks who destroyed the world (twice if you blame them for Rajaat) I have no idea how much of the 3E stuff here is fan content vs long-abandoned TSR stuff, but it is nice that the spirit of 'usual generic evil fantasy mooks had a cool psionic high civilization on Athas until humans genocided them" has carried over into Trembling Plains and Dead Lands, I love the takes on the Goblins, Ogres, ect

The Dawnlands Kickstarter is exactly what would happen if WotC didn’t consider the history of the setting against modern values.

And to be clear “modern values” doesn’t mean no slavery. As many have pointed out slavery is a staple of fantasy and post-apocalyptic fiction. Where Dawnlands failed is that they leaned into the brutality while failing to illustrate slavery’s negative aspects by choosing words and phrases that put people off.

The original TSR Code of Conduct from the 90’s states, “Slavery is not to be depicted in a favoriable light; it should only be represented as a cruel and inhuman institution to be abolished.” While that is a fine statement I don’t think it’s detailed enough. We not only have to consider how the element is show in the game world, but how it affects the players as well. Slavery and its effects on the lives of people are a reality. As a result game products should not put players in a position to suffer slavery without their consent. This is the consent of the player, not the character. Some people might balk and say do you require the consent of a player to kill the character? The answer is usually no and the reason is because the rules for combat are clear and character death is possible.

A lot of this also blurs into the lines of controlling another players character (whether Player or DM) and mind control. I think mind control is a staple of fantasy and sci-fi so it often gets a pass, but having your character do something that’s abhorrent to their can be psychologically damaging to the player and should be considered, same with slavery. Now, again, this is not to say that it shouldn’t happen in your game, it should just be consented to by the players. And as many have said, this can all be done with a good session 0 or email discussion with your fellow players so no one is taken of guard.

I’m pretty confident that no modern published D&D adventure would mind control a PC and have them do unspeakable acts, neither should one force characters into the physical and psychological torture that is slavery.

So, to summarize, it’s all about talking with your players and getting consent, a simple understanding of what’s possible and probably in a game. If everyone is cool with it, then have fun.

So. I backed this project (Red Dawn: Into the Dawnlands) without totally reading everything and looking at it through a 2021 lens. Yeah, call me what you want.

Then someone I know posted me a link about a review of Red Dawn (the link is in the OP), and the twitter woke shitstorm it caused.

Now I just read that the creators have cancelled the project being very vague about the exact reasons but to me they sound not b/c of woke stuff but b/c of legal stuff.

Now I just read that the creators have cancelled the project being very vague about the exact reasons but to me they sound not b/c of woke stuff but b/c of legal stuff.

The setting looks different enough that copyright issues couldn’t possibly be a problem. All of the Dark Sun tropes are derivative as well.

There is nothing like a controversy to kill your creativity. How do you get artists to do work on you tainted publication? The answer is that you can, but the difficulty level just went from ‘easy’ to ‘hard’.

Kickstarter notwithstanding, this wasn’t going to make them a lot of money, and their is potential to be followed around the internet FOREVER by people that won’t leave you alone, even getting harassed at work. It’s simply not worth the hassle.

I imagine (without having gone too deep down the rabbithole) a rewrite of the work with more careful/mindful word choices and a project rename would do wonders.

I imagine (without having gone too deep down the rabbithole) a rewrite of the work with more careful/mindful word choices and a project rename would do wonders.

We are NEVER changing the name of this movie. 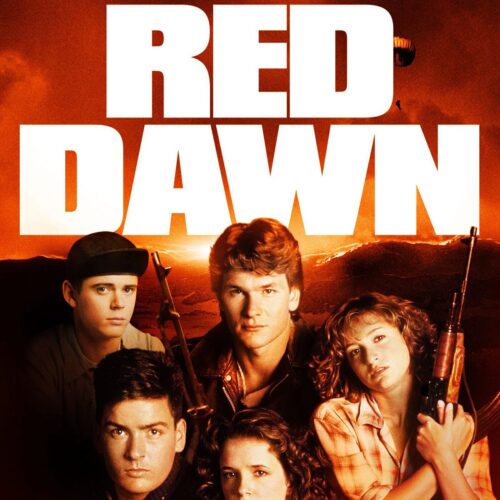 They were directly referencing Dark Sun , which I think could be the reason behind the legal problems they mentioned on their Kickstarter page.

Last week, we were politely warned that because of a few elements within our presentation of the Kickstarter page, legal action was highly likely without a change. We worked with the group who warned us, as well as with legal experts and trusted advisors, and a change was not possible given the deadline of the Kickstarter campaign. So we instead opted to end the campaign, assess the situation fully, and move forward from a position where we could evaluate all options.

It was probably WoTC. They are starting to police what content they will allow to be represented by their content… They have given in to the so called “woke police” that the new players to the game have brought with them, at the expense of their loyal old school players.

WotC is not giving in to the “woke police” they’re paying attention to the audience, some of which are loyal old school players, like myself, who want the game to survive and become more diverse and open.

I don’t think this conversation is going anywhere, so I’m going to close it.