3.5 Prestige Class Appendix Volume I and II - lets discuss it

I also took a stab at consolidating the Arch Defiler on a Nar Demonbinder chassis, working first on distribution of class features.

And wilders need a good PrC, in my opinion.

Made a wilder PrC years ago. Never got to properly play test it though. And now I’m thinking about a Dual Adept PrC. That led me to wonder if it should be a 5 or 10 level class. Then if an end-cap PrC akin to Master of Nine could be built.

In a 5-level chassis, he could gain a bonus power from the selected disciple two levels lower at 1st, one level lower at 3rd, and at 5th of equal level and then can make selections from that discipline from that point forward as normal.

Things I hate about psionic PrC’s in other official material: 1) almost all of them skip manifester levels, so I’d want to avoid that. 1a) most of the class features are garbage.

All I can say is start your design with 3.5e norms in mind and don’t be held hostage to particular aspects of 2E when making your character class. Think about the role and function.

Agree about the dead levels. I hate those.

Umm, what? How do you mean?

Umm, what? How do you mean?

I mean that because if the way anarchic intitiate is written, Wilders cannot take levels in that PrC.

I got that was the exact meaning of your words. I meant, in what manner do the above requirements disallow Wilders from entry?

Knowledge (The Planes) is just a cross-class skill, so a Wilder would need to be lvl 13 for entry - which is insane and stupid - but not impossible.

Clearly it should been Knowledge (Planes) 5.

Knowledge (The Planes) is just a cross-class skill, so a Wilder would need to be lvl 13 for entry - which is insane and stupid - but not impossible.

Or just give them that class skill.

Not necessary. Wilders have a crazy but varied list of class skills and plenty (4 + Int) of skill points. There’s no reason for them to have Knowledge (Planes).

Someone just did a poor job of writing the requirements for this PrC is all.

Pathfinder mostly fixed this problem for 3.5. For what it’s worth.

Pathfinder also has no official psionics.

The Dreamscarred Press work for Pathfinder is well regarded. It is based on 3.5e psionics.

Quality is irrelevant to a question of offical content. (As should be obvious from D&D itself, lol. )

Thus, Pathfinder never has and still does not have any official psionic content.

Though I must confess that I did appreciate their addressing the dead level issue.

Thus, Pathfinder never has and still does not have any official psionic content.

Not only does Pathfinder not have psionics as we know it, they replaced psionics with something they call “occult classes”, which use psychic energy.

I own a fair number of the books. Not to mention the PRD also contains the basics of it. As I’ve mentioned before, reskinning magic as a form of psionics just isn’t a good approach, in my opinion.

I felt Pathfinder was a mixed bag. Some really nice stuff, and some really horrible stuff. I mean seriously, how do feats which actually give you larger penalties to do something than you get penalized for doing without having the feat even pass editing and quality check?

While psychic magic does not equal psionics, the psychic magic is the replacement for psionics. It is what it is. You don’t have to like it. I know I don’t.

I’m very familiar with their stuff. I picked up their psionics stuff years ago and I was able to pic up much of the rest of their stuff here 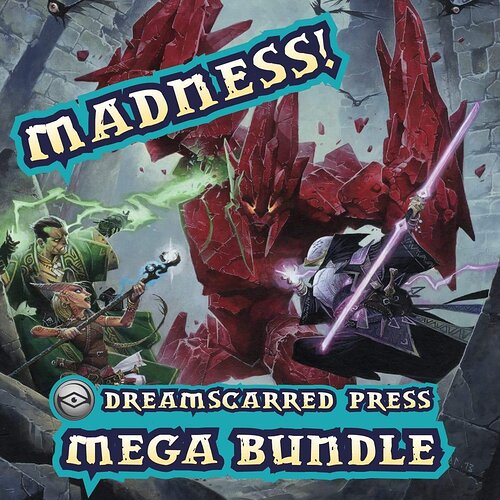 IT'S HAPPENING AGAIN! They are doing it again, but this time even BIGGER and MADDER! Dreamscarred Press have lost their...

Pathfinder never did psionics and did psychic magic instead because Dreamscarred Press had already filled the niche for psionics and did a good job at it. It is a port of 3.5 psionics. Fully compatible.