This ain’t a thread to declare war on how one pronunciation is better than another.

Rather, please ask here what you don’t know how to pronounce and hopefully someone will suggest, maybe many someones, and you can make up your mind.

As a French speaker it baffles me how to pronounce the name of Altaruk’s leader, from Veiled Alliance: Arisphistaneles

In exchange I can help anyone pronounce Denis Villeneuve under five minutes, Quebec accent et al.

I’ve found that Americans tend to pronounce Balic as BAY-LICK, whereas I pronounce it as BAL-IK.

Where the Audiobook of Dark Sun’s Prism Pentad doesn’t give me a direct pronunciation, I fall back upon the closest real world language which fits that particular word. In this case, it would be Greek:

ees is the sound of the letter S, or is it he followed by a sibilant S ?

sound of the letter “S”.

Pennarin may you never run out of fresh water!

I wanted to ask this one for years, how do you pronounce mul? Like the word mule it is based on, or mool?

sound M + haul, like Darth Maul
or
a softer sound, like the mo of mother + a long L

According to the audio books, it’s pronounced “mull”, like mulled wine. That matches what I always thought it was.

The term I’ve always had arguments over has been thri-kreen.

I only learned last year that someone at WotC said it was officially pronounced “THRY - kreen”, which even now doesn’t sound right to my ears.

I’ve spent 20+ years thinking it was “THREE - kreen”, as it sounds vocally more appropriate for an insect to say.

D’accord. That’s also the way I pronounce it.

I only learned last year that someone at WotC said it was officially pronounced “THRY - kreen”, which even now doesn’t sound right to my ears

Disagree on this one.

A lot of people do.

Yeah, saying it way sounds crazy to me. I suppose “that’s how a bug person might say it” could be a legit point, but…

I’ve been saying it THRY-kreen since the original box set came out in the 90s not sure how my group got pronouncing that way. Maybe because the “i” in thri should be said different than the “ee” in kreen.

However Tim Browns pronunciation guide to the Thri-kreen language a from Polyhedron 75 sept 1992 has some insight. 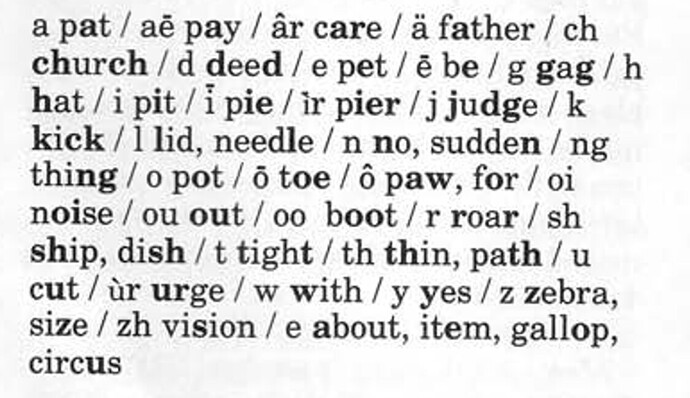 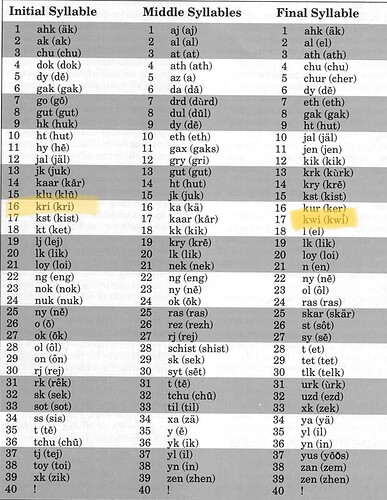 There he has two different syllables that end in “i” one short and one long. I would guess he would have used the short vowel. 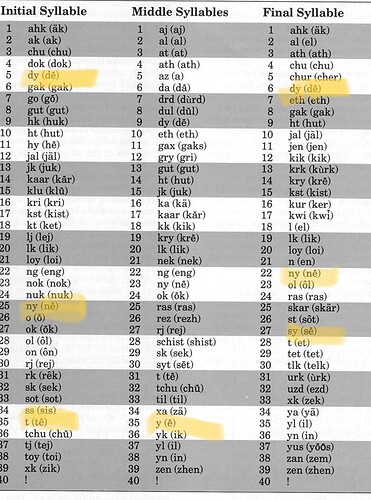 Yet never does he provide either “thri” or “kreen” in the list of syllables.

I can compromise on that. Thrih kreen it is.

I’d say that the final “s” in Arisphistaneles is pronounced as a voiced alveolar fricative. Meaning it sounds like a “z”.

In English written s’s at the end of words can sound like a “z” especially if the preceding consonant is voiced. “Pips” vs “pins” or like the case you mention it is preceded by a vowel sound. In this case the long e. But there are other rules for s that don’t always follow this.

Thank you for the analysis.

French is a mess too, so you all know…

The first written mention of the pronunciation of the word “mul” was in the DS box set pg 14 of the Rules Book. The original printing of the DS boxed set had “mul” with a bar over it, indicating long u. Not the umlaut (two dots) over it as seen in the OCR digital version. 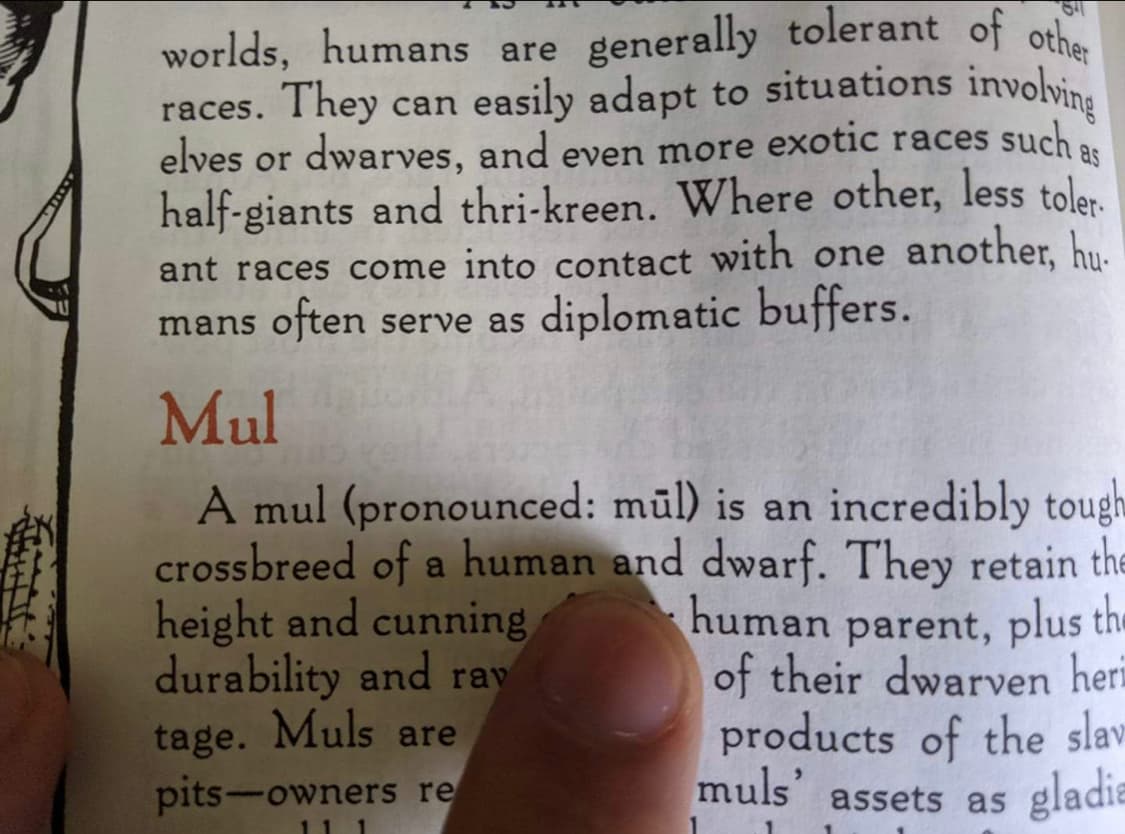 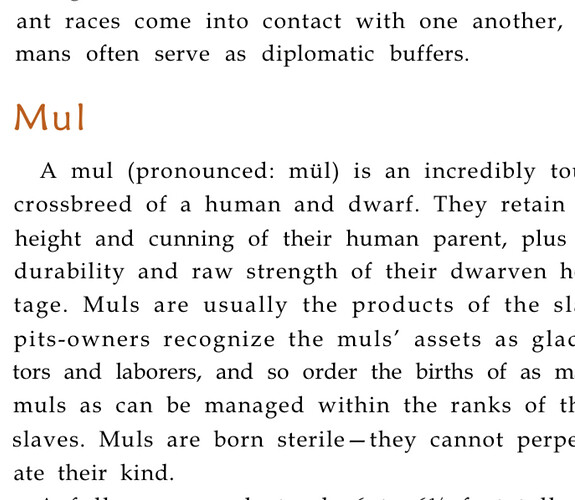 The one problem with the “long u” in English is that there can be two pronunciations. “Yoo” as in “fuel”, “mule”, etc and “oo” as in “cool”, “tool” etc. which would give you pronunciations like “mule” for the one or “mool” for the other.

That said, either one of the above could potentially be correct. But back then, the short u as in “but”, “mull”. Would not have been considered per the provided pronunciation. 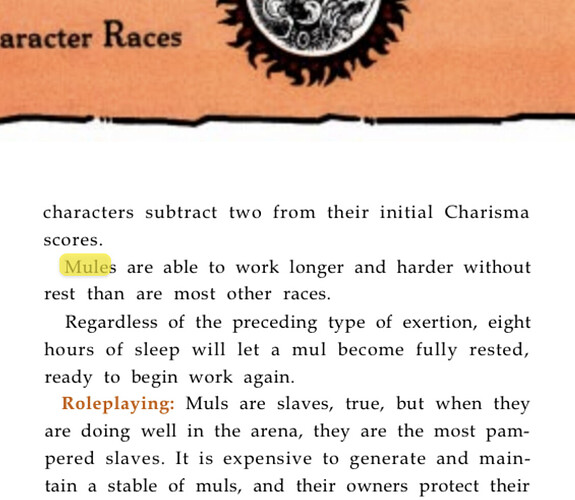 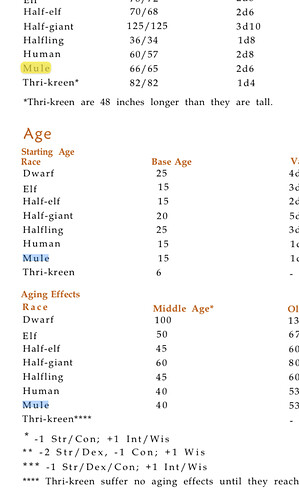 Things changed 19 years later, in 2010, with the 4e release of DS. There they included three different pronunciations of the word and included the short u this time “Mull”. The authors even went so far as to say the short u version was the most accurate. Despite 19 years of previously established pronunciations that did not include “mull”. 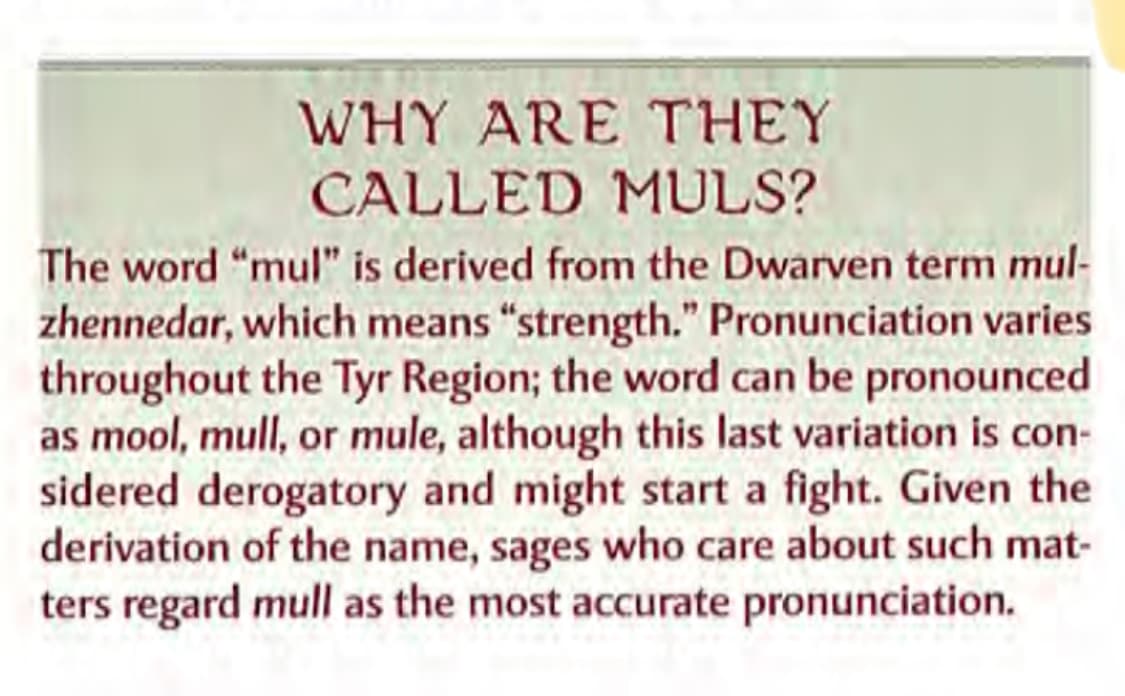 And “mule” if your mul is being a jackass

Those diacritics seem definitive in establishing the pronunciation. Calling a hybrid a “mule” is unfortunate but whatever I guess.