The coming war of all wars on Athas

Reading the end of the line supplements and setting I have an impression that the authors were planning a massive conflict in the setting.

You had the the following factions:

I get the impression that there was a subtle idea of creating a epic level conflict between all these factions and the player characters as a sort of campaign.
It is easy to see seeds for players attempting to negotiate a truce between Kreen and City States to resist combined Dregoth-Undead invasion(of course I don’t think he would get all the support from Deadlands).
There is also the issue that Kreen Empire is effectively the result of nature benders manipulation and their Emperor is a bio-engineered ultimate warrior by zik-chil(this is actually canon)-so I think it is reasonable to assume that the return of the three ancient halflings on Messenger would tie in to this. Perhaps the nature bender among them would try to take leadership of the zik-chil caste, while the two life shapers try to awaken the hibernating rhuilsti survivors we read about in the books(don’t forget that the adventure in the new edition ended with prophecy of their return and new Blue Age)?

Of course this would fundamentally change the world(again!) but for whatever reason the designers seemed to be very interested in making such changes to the settings regularly.

What are your thoughts?

What a mess. I’m actually sort of glad it didn’t come to that.

Of course this would fundamentally change the world(again!) but for whatever reason the designers seemed to be very interested in making such changes to the settings regularly.

What are your thoughts?

I’m not even sure what a conquering army of kreen would look like. Are they even interested in conquering and holding territory? Or do they just want to slaughter non kreen?

Anyway, some sort of horror scenario like that could take place. In setting, no ordinary person knows that the Dragon was the jailer for Rajaat, so maybe he wasn’t. Maybe it was the Dragon’s magic that was keeping the undead in the Deadlands. Now some fools have gone and killed the Dragon through sheer luck and the undead hordes invade the Tyr region. It would demonstrate cause and effect and make the setting more realistic.

Or do they just want to slaughter non kreen?

From what I recall the Kreen Empire wanted slaves from Tablelands. There are also Kreen raiders that pillage “something”(meaning they have to have formidable opponents besides Tablelands City States, IIRC it was in North). The new edition also made them more nomadic raiders comparable to Mongols but I don’t really like it that much.

Keep in mind the Kreen are puppets of the zik-chil who manipulate them along with their Emperor.

Per Thri-Kreen of Athas and Revised Edition it is more that the crimson savannah is slowly becoming overpopulated and they feel the need to expand, they certainly might take slaves, but given most kreen don’t even consider humans ect sapient beings but animals, it might be just as likely they eat the inhabitants of the 7 city-states as enslave them.

I always wondered if the Kreen Empire really has anything they can throw at the likes of Hamanu or other Sorcerer Kings, or if they would simply be slaughtered.

As mentioned their Emperor was supposed to be life-shaped warrior and I wondered if this wasn’t an intro into an advanced being class for Athasian fighters.

I always wondered if the Kreen Empire really has anything they can throw at the likes of Hamanu or other Sorcerer Kings, or if they would simply be slaughtered.

Do they even have siege engines? Seems very doubtful. I guess they’ll just be throwing themselves at the city walls.

Do they even have siege engines?

They did have large insectoid animals for construction I believe.

oh yes indeed, the whole thing would make an excellent plot. The blackspine script also offers a nice surprise to shake up Dregoth’s back lines when he least expects it.

Speaking of wars, the Red Hand of Doom would be an interesting campaign in Dark Sun.

I was looking over this handbook for the Red Hand of Doom, and I was wondering how this might be adapted for Dark Sun. Obviously there are no hobgoblins and no Tiamat on Athas, so a simple switch of protagonists is necessary. That’s the easy part. The hard part is where to locate it and figuring out what towns and villages are at stake. I guess it would be easy to just plant some towns and villages around the map and say that they were always there. That’s what the Allen Varney and Tim Brown su…

Why would they need to? They don’t sleep, only need 1/7th the water and half the food of mammals, can run faster than elves, can jump 30ft, have built in weaponry and poison. They could just sweep in, slaughter and eat all villagers and nomads, and then pick off and kill anyone that came outside the city walls to try to farm. All of the City-States would slowly starve and go to ruin over the course of a year or two, compounded by rioting, infighting, and despair. There would be no massive armies to blow up, just packs of guerilla fighters, psions, and clerics popping out of nowhere all the time.

Years ago, I thought of a CGI-video short called March of the Kreen: basically an ancient Element-King took revenge on the Tablelands by breaching the wall and a swarm of Kreen invade: the devour Ogo, Uruk, slay Hamanu, and the final scenes are of Gulg and Nibenay uniting to face the Kreen at Raam. I lack the technical specs, and the abundance of ADHD to actually produce that short, but I don’t lack in imagination: 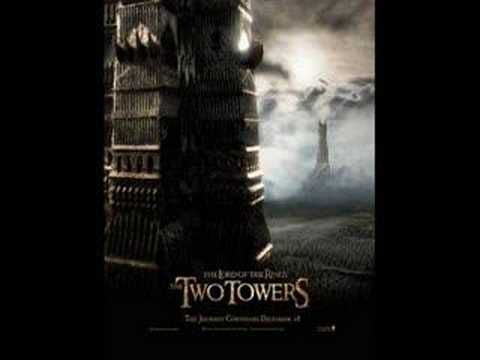